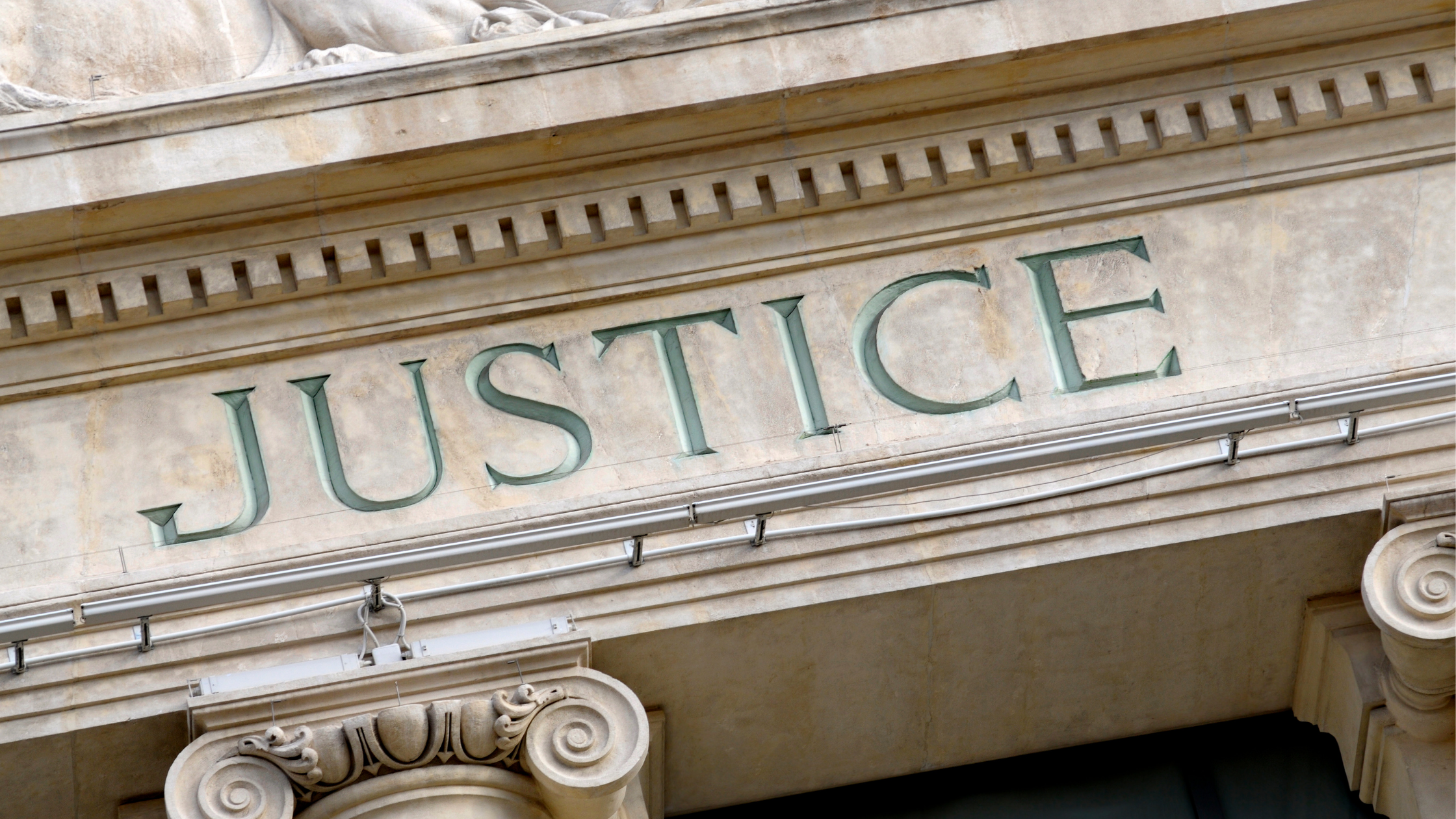 Guardianship is receiving national attention following the wake of the movie I Care A Lot (2020) and coverage of Britney Spears’ guardianship. A Hollywood movie and press coverage of one unique guardianship case is not necessarily prescriptive of the problems with guardianship law, however, both examples have brought attention to the shortfalls of guardianship work. While guardianship is often necessary and can improve the quality of a person’s life, there is also opportunity for abuse and exploitation. One of Scout’s overarching goals is to set the standard for guardianship in Indiana. To that end, our new blog series by attorney Ken Bennett is going to explore how we can create a World-Class Guardianship System.

This blog post is going to discuss the current short falls in our system. Future posts will discuss recommended changes to improve guardianship work.

Guardianship is arguably a key clause of the social contract.  While conceived as a means of protecting vulnerable, incapacitated citizens, all those Constitutional rights we cherish, and for which our forebears fought to protect, can be taken away in the guardianship process.

The typical ward has fewer rights than the typical felon…. By appointing a guardian, the court entrusts to someone else the power to choose where they will live, what medical treatment they will get and, in rare cases, when they will die. It is, in one short sentence, the most punitive civil penalty that can be levied against an American citizen, with the exception, of course, of the death penalty.[1]

At its core, the goal of guardianship is to protect fellow citizens, who happen to be incapacitated, from harm and to promote their general welfare.  Guardianship is state-sponsored and state-sanctioned.

But the goal of guardianship cannot be achieved if those not needing a guardian have one thrust upon them, or if those needing a guardian cannot get one, or if once appointed the guardian fails at the task.  Guardianship comes into being by the mechanisms of the state, partnering with private individuals or organizations the state selects to serve as guardian, and implicitly promising to police the work of those guardians, often for years and years at a time.

If the goal of guardianship is to be achieved, then it cannot be a left to guardians alone.  It requires a system that (1) makes guardianship accessible to those that need it, (2) supports and promotes quality guardianship services, and (3) protects the rights of incapacitated persons, both before a guardian is appointed and after.

The term system has several meanings and connotations, but for our purposes, the best definition is “a regularly interacting or interdependent group of items forming a unified whole.”[2]  Access to guardianship services means nothing if the work of the guardian fails to meet some commonly accepted standard of practice.  The highest-quality guardianship services are likewise irrelevant if those that need them cannot afford them, or if they are unable to find a guardian suitable to serve.  And, of course, trust and reliability, which are essential if guardianship is to be taken seriously, is impossible to instill if there is insufficient accountability on the part so the courts supervising the work of guardians.

Reasons Behind the Problems.

There are virtually ninety-two different ways our present guardianship system works in Indiana.  Each county’s courts handle the process of deciding whether a guardianship is appropriate, and its process for determining who should serve as guardian, very differently.

Yes, we have a single guardianship code that applies throughout the state.  But many parts of that code are simply ignored, both by the courts and the bar.

Many counties have adopted their own court rules that apply to guardianships.  These court rules are designed to supplement the guardianship code and establish practice guidelines for parties to follow.  And yet, again, many of these local rules of court are simply ignored. And then there are those counties who have not adopted their own local rules of court.  The practice of guardianship law in those courts is wholly unpredictable.  The petitioner and her attorney need to learn “how things are done” if they are to hope to be successful.

Once guardianships are established, there are dramatic differences in the way the various courts police the work of the guardian.

These differences are not always minor; not mere nuances of practice from one court to the next.  It is well known that some courts in Indiana will grant guardianship without hearing, will not bother to enforce notice provisions, and will rely upon questionable evidence to support its findings.  Indeed, the seminal study by the University of Notre Dame Law School published in 2011 and entitled, The State of Adult Guardianship In Indiana: An Empirical Perspective, documented many of these shortcomings.[3]

There a number of reasons why our present system of guardianships in Indiana is substandard.  Among these reasons you will not likely find any maliciousness.  Rather, the reasons are more mundane.  To see our way through to a solution though it is helpful to reflect upon the cause of our current system’s failures.

The Rule Overwhelms the Exceptions.

The simple fact is that most of the time when a petition for guardianship is filed the need for a guardian is obvious, as is the identity of the person most suitable to serve in that role.  Petitioners in these court actions are largely family members and other loved ones that are trying to do the right thing.  It’s therefore easy for any court to treat these requests softly, perhaps seen as nothing more than providing judicial imprimatur upon the rightful, loving role of a family member over one of their own who because of age or disability is unable to care for themselves.

Ignorance and Confusion Regarding Our Guardianship Code.

Indiana’s guardianship code is poorly written and poorly structured.  Ungainly cross-references to the probate code, undefined terminology, and ambiguous meanings can all lead to confusion even among the most seasoned of practitioners.  Couple this with the fact that there is little in the way of case law to help interpret the guardianship code and you are often left bewildered.  Some requirements of the guardianship code defy practicality.

In many ways the Indiana Guardianship Code has become a cryptogram.  It’s thus easier for the legal profession to simply ignore many parts of the code in favor of some semblance of fairness and reasonableness among the parties at the court.

Dismissive Attitude Towards the Role of Guardian.

Unless you have actively served as a guardian, or other surrogate decision maker, for an incapacitated adult, it is hard to appreciate what’s involved to do the job well.

Incapacitated adults without a surrogate decision maker need someone capable of doing the job of guardianship right, and to do that can involve a lot of time, a lot of stress, and requires an ability to insist, cajole, persuade, and demand to ensure that the protected person gets the care and services they need.

From the point of view of the health care system trying to provide for an incapacitated patient, the problem is more straightforward: They need someone legally empowered to consent to treatment and in some cases sign off on consent forms.   While most health care providers I know want the patient to have a quality surrogate, in many ways that’s not their problem – they just need someone with legal authority to act.

From the point of view of creditors attempting to get paid for services they are providing an incapacitated person, their problem too is simple: They need someone legally empowered to access that person’s assets and income to pay the bill.

In other words, because of the general lack of awareness of what’s involved with the job, to many third parties the role of the guardian is simply to sign consent forms and checks.  Doing anything to improve the guardianship system itself is simply not as important to many in the public than just being able to identify someone, anyone, to take care of “the problem.”

The Odd Nature of the Court-Guardian Relationship.

The role of the court in guardianship proceedings is unlike almost all other legal proceedings.  In addition to rendering seminal decisions in the case – whether a guardianship is necessary, and who is the most suitable person to serve as guardian – the court continues to have a monitoring role with respect to the guardianship.

What other court proceeding presumes such a management and supervisory role for the judge, potentially over a period of years or decades for any individual case?  Bankruptcy courts may be the closest parallel, or perhaps receiverships.

These supervisory functions of the court exceed the traditional judicial role of “calling balls and strikes” and rendering final judgments.  It implies an ability that may simply be beyond that of a typical court.  Judges are lawyers, not auditors, accountants, investigators, ethicists, care managers, social workers or medical clinicians.

Naturally, the lack of necessary funding is a big issue standing in the way of an improved guardianship system for Indiana.  How do you expect to reasonably provide access to guardianship services to those without resources to pay for such services?  In Indiana they are doing away with any form of traditional “public guardianship” program in favor of helping to provide minimal funding for volunteer guardianship programs.

Now that we have outlined some of the problems with our current system we will offer some solutions. Stay tuned in the months to come when we discuss ways to improve access, quality, and accountability.

[1] Jennifer L. Wright, Protecting Who From What, and Why, and How?: A Proposal For an Integrative Approach to Adult Protective Proceedings, 12 Incapacitated person L.J. 53, 60 (2004).

[3] This study can be accessed here: https://www.researchgate.net/publication/312932304_the_state_of_adult_guardianship_in_indiana_an_empirical_perspective.